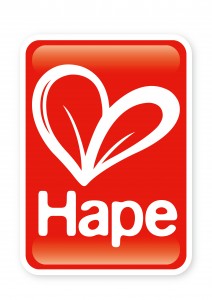 I’ve done this kind of product focused post before and it’s nice to be nice, especially where it’s due. There are lots of brands that we stock and I’ll tell you about their benefits in other posts but in this one I’m focussing on Hape toys. We’ve been stocking this brand for over a year now and the range often surprises us in terms of its innovativeness and in it’s attention to detail.

One of the key components of the company which allows it to stand out is its attention to both the environmental and social impact of its products: their eco range is more than a token gesture (as you see from some companies), it has been carefully thought out, not simply as a means of ticking the ‘eco’ box but also as a selection of toys that work well on their own merits. In particular the ‘animal blocks’ have been a very successful addition to the shop’s play table: they’re well made (they survived on our play table in store through the Christmas rush without a blemish so that says a lot about their durability), they’re well sized for little hands and come with fun animal print designs on the blocks which allow kids to build their favourite animals. The water based inks used to colour the blocks are vibrant but calmer in tone than those used in other sets of blocks, offering a distinctive colour palette which is both striking and fun. 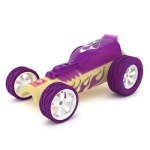 Hape also offer a range of bamboo toys, producing a range of toys with a unique look from a sustainable source of wood-like material. This range is mostly made up of transport based toys (though it does include such diverse categories as games and doll houses), the cylindrical shape of bamboo lends itself particularly well to making the streamlined shapes associated with a variety of vehicles. We really loved the range when we got it in, unfortunately it didn’t go down well on the shop floor and we’ve had to reduce the range which we sell now. However we’d happily restock if we received enough demand for them.

I’ve highlighted their more obviously ecologically centred ranges of toys but I should point out that their whole wooden range is 100% FSC approved as being made from wood from well managed forests and, as I said earlier, they are also socially responsible: so far they have built 3 schools and are working on an ‘Early Childhood Education Center and Environmental Development facility’ in China.

With all this in mind you would normally expect such toys to have a fairly high price tag but Hape’s toys are generally quite competitive on price, so you get high quality toys that are distinctive, and that are ecologically and socially responsible, for a fairly normal price (e.g. their animal blocks are £11.99 and their ‘first pounder’ is £6.99). If you want to have a look at their range in more detail then head on over to the shop’s website, we’ve got a load of their products listed there (please note this link will show you both Hape products and other lines we get from a company called Marbel).

Well that’s my wee company profile for Hape toys, hope you enjoyed it. I should be doing more of these company/ product profiles as time goes on (unless of course people really don’t like them) so if you have any particular companies, or even a particular product, that has impressed you in some way let me know in the comments section below and I’ll see what I can put together.